Founded in 1995, the Women’s Y Foundation Montreal celebrated its 25th anniversary on June 2nd! It was created after the YWCA Montreal launched the very 1st edition of the Women of Distinction Awards fundraiser, aimed at honouring women who, through their commitment and achievements in their respective fields, have a positive and lasting impact on society. The Foundation then took over the organization of this major fundraising event, who contributes to its mission, namely to ensure a stable and a continuous source of financing for the YWCA Montreal programs and services.

The Foundation in numbers

We gathered a few numbers for you since 1995 to celebrate this important milestone.

To celebrate its 25 years, the Foundation conceived a new logo. It continues the tradition by keeping the famous 3 overlapping triangles that appeared in 2007. These triangles can also be found at YWCA Montreal and YWCA Canada. Recently, a rainbow version has been developed to show support to the COVID-19 pandemic.

Do you know the meaning of these 3 triangles?

They represent the organization’s commitment to the holistic development of all women, families and communities. The 3 open triangles are a symbol for openness to others, inclusion and balance between mind, body and spirit.

A strongly committed Board

Since its creation, the Women’s Y Foundation is governed by a Board of Directors whose members come from various business sectors. These Board members are strongly committed to contributing to the development of the Women’s Y Foundation, so as to maximize its financial support to the YWCA. Here are the presidents who led the Foundation’s Board since 1995:

Discover our 2020 Board Members here

Today, the Foundation is run by Isabelle Lajeunesse, who has more than 15 years of experience in philanthropic development and management. She believes that being a team player and transparency are key values for an organization to function properly. What motivates her at the Foundation is the ability, through the YWCA Montreal’s programs and services, to offer women and girls winning choices, opportunities to take charge of themselves and to succeed to build a stronger community!

To help her carry out this mandate, she has a small but dynamic team comprised of Sonia Wong, whom her colleagues lovingly call “the Foundation’s Memory”, as she’s been working there for the past 13 years. Originally from Mauritius Island, she arrived in Montreal in 2007 and benefitted from the YWCA Montreal Legal Information Clinic’s services. She then held the positions of administrative assistant and administrative coordinator before serving as the Foundation’s Partners and Donors Relations Advisor.

Rachel Biberian and Katy Houle joined the Foundation recently. As the Philanthropic Development and Communications Advisor, Rachel is in charge of the development, planning and implementation of funding initiatives, and of internal & external communications. Katy is responsible for the Public and Media Relations and she also takes care of the YWCA Montreal outreach and advocacy strategies.

Celebrate our 25th Anniversary with us 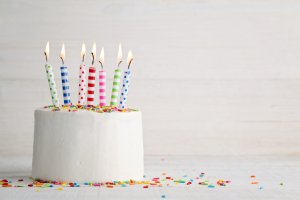 The entire Foundation’s team would like to deeply thank all the generous volunteers, partners and donors, who gave their time, talent and resources to contribute to the Foundation’s mission since 1995!

You want to join the celebration and contribute to our mission? Celebrate our 25th Anniversary by offering the most beautiful gift to Montreal-based women: take action today to offer them a better future!