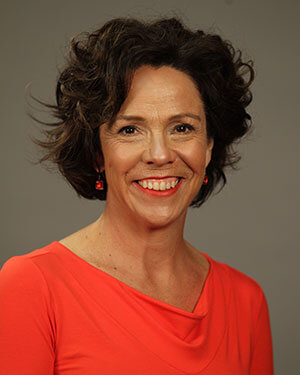 When We Commit to Report

Sue Montgomery’s life has been marked by a commitment to reporting as a way to make change. Social justice, human rights and politics are the three themes that have shaped this nationally and internationally recognized journalist’s career and personal life. Sue Montgomery stands out for the courageous things she has done, leading people to think differently.

In her 30 years as a journalist, she has taken on difficult and sensitive subjects such as unreported sexual assault—a topic seldom addressed in traditional journalism. Whether working for The Gazette or Canadian Press, or as an independent reporter, Sue Montgomery’s aim has always been to further progress in her society.

That’s how, in 2008, she became the first journalist to publish a feature on sexual abuse in a private school for boys, which lead to a class action against a powerful religious order.

In the late 1980s, she decided to focus on major international issues and obtained a grant from the International Development Research Centre as an independent journalist. She covered subjects of world and historic importance, including the Velvet Revolution in the former Czechoslovakia, Nelson Mandela’s release from prison and the independence of Namibia. Continuing her international work, in 2014 she obtained another grant, this time from the Canadian Institutes of Health Research, to do a feature on the mental health of Rwandan survivors of the genocide 20 years later. The report was published in The Gazette. She has written many other features, including a series on the 2010 earthquake in Haiti and the 2004 coup d’état in that country, during which she was held up at gunpoint by several bandits.

Her actions have had an impact on society, especially where the issue of women and justice is concerned. In 2014, in the wake of the Ghomeshi revelations, she and former Toronto Star journalist Antonia Zerbisias spoke out about cases of sexual assault that survivors did not report. As one of those survivors, Sue came up with the hashtag #BeenRapedNeverReported, which trended around the world and, at this writing, has been used 10 million times, with hundreds of sexual assaults being reported in just a few minutes. A global debate on sexual violence ensued—a current subject that is more relevant than ever. The Fédération des femmes du Québec then adopted the hashtag in French (#AgressionNonDenoncée).

Consistent with her committed journalism, Sue Montgomery fundraises for many causes including victims of the 2010 earthquake in Haiti, the Centre des victimes d’agressions sexuelles de Montréal and the Native Women’s Shelter of Montreal, in addition to organizing a large gathering on the occasion of the 25th anniversary of the École polytechnique massacre.

Social and community commitment is also part of Sue Montgomery’s daily life. For many years, she presided over the annual fundraiser Empty Bowls/Bols de partage for food security organizations; she covered the expenses of a Haitian child coming to Montréal for surgery; and has supported a Haitian family who came here to rebuild their lives following the 2010 earthquake.

The forcefulness and relevance of her work and her social commitment have earned her many distinctions, including the Fédération des journalistes du Québec’s Judith-Jasmin Award in 2009, and, in 2015, Tourism Montréal’s designation of her as one 15 Montrealers who are changing the world!