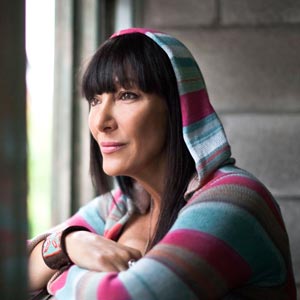 Nadine St-Louis grew up in a Gaspesian family with a strong attachment to indigenous culture and to the land. She spent her childhood summers paddling down the rivers of the Gaspé Peninsula with her family, cultivating healthy values and learning the history of her ancestors, their relation to the land and the importance of water and the vastness of the forests.

Her philosopher mother and her father, a poet and a rebel, hold a special place in Nadine’s heart. From a very young age they both taught her strong values that have shaped her into a courageous, dedicated and passionate woman.

As a teenager, Nadine St. Louis underwent five reconstructive knee surgeries and after each one had to learn how to walk all over again. This experience gave her tremendous resilience and determination. During her recovery, Nadine St-Louis’s father encouraged her to read the works of many great authors, such as Nietzsche and Engels, which helped develop her critical thinking. Important historical figures like Nelson Mandela and Martin Luther King have all inspired her to fight for social justice.

What place is there for indigenous art?

With her literary background, her determination and her passion for the arts, languages and history, Nadine St-Louis moved to Montreal to study Fine Arts and Art History. She quickly became aware of the lack of indigenous art represented in her studies, which reinforced her desire to introduce indigenous artists to the world, a desire that later became both her passion and her professional mission.

Over the next twenty years, from the Gaspé Peninsula to Vancouver Island, from Quebec’s Far North to the European continent, Nadine St-Louis discovered the beauty and talent of indigenous artists, the richness of their cultural and artistic heritage, as well as the many obstacles to their personal, professional and economic development.

In 2011, Nadine St-Louis traveled throughout Quebec and Labrador, where she discovered not only breathtaking landscapes, but also isolated indigenous communities afflicted by more than a century of suffering linked to oppression and the impact of assimilation policies.

In 2012, with the vision of a better world in mind, Nadine St-Louis founded Les Productions Feux Sacrés. This NPO’s mission is to reduce the socio-economic gap between indigenous and non-indigenous peoples, break down systemic barriers faced by indigenous artists and youth, and foster social inclusion towards a more just society. Each year, Nadine and her team organize projects and produce unifying events promoting indigenous art, artists and culture in order to raise public awareness, break down stereotypes and promote intercultural dialogue.

Enabling indigenous artists to be seen, heard, known, and above all recognized is a huge challenge. This is why it was important to include a venue in Montreal where indigenous artists’ works could be showcased and sold to interested buyers. In 2015, Nadine St-Louis founded Espace Culturel Ashukan, a unique site located in the heart of Old Montreal, where you can find an exhibition space and a point of sale for artists and native artisans, all under one roof. This cultural and economic incubator, where social integration is at the heart of every project, creates opportunities for indigenous artists to express themselves.

Freedom is of great importance to Nadine St-Louis: freedom of thought, freedom of action, freedom of expression, freedom of change, freedom to live each day with intention. Nadine firmly believes that we are all powerful, beyond measure. She also believes that each and every one of us has an inner sacred fire (hence the name of her company), a fire that has the power to heal, inspire, transform and take action.

A bridge between nations

It is her own sacred fire that allows Nadine St-Louis to awaken the community and raise awareness, one individual at a time. Nadine is much more than an entrepreneur; she is an agent of change in economic and cultural circles, as well as a pathway to development for indigenous artists. Committed to the pursuit of social justice, she is dedicated to building bridges between indigenous and mainstream culture, and mobilizing indigenous artists with the hope of solving the systemic issues of social, cultural and economic exclusion that affect indigenous peoples.

Nadine St-Louis has always believed in her judgment, perseverance and tenacity. According to her, by blaming others we renounce our responsibility to act. She tackles life by avoiding all forms of victimization and thanks to her bravery, her vision and her moral compass she overcomes adversity. On a personal level, Nadine’s children are her greatest joy and her greatest source of pride is to have learned to walk five times. In her professional life, her greatest accomplishment is to have been able to show her vision of a better world through the Productions Feux Sacrés platform, which has existed for more than five years.

Nadine St-Louis dreams of a log home on the edge of a river surrounded by nature where she can write books in peace with her golden retriever by her side. She dreams of contemplating breathtaking views while riding her motorcycle on the world’s great scenic roads. She dreams of writing about her career as a social entrepreneur and about women making a difference. She dreams of giving a voice to indigenous peoples. She dreams of building bridges between nations through her events and conferences so for the first time in Canadian history a dialogue can begin based on truth, and not on folklore, lies and invisibility. And she dreams of inspiring indigenous youth and business people to think outside the box to ensure inclusion and accelerate change.

Now more than ever, it is important to restore balance in society. As Nadine St-Louis puts it so well: “Each one of us has the capacity for change. It’s up to all of us to take action and walk together towards a just and better world. “ 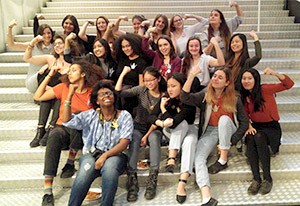 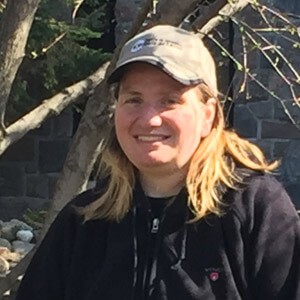