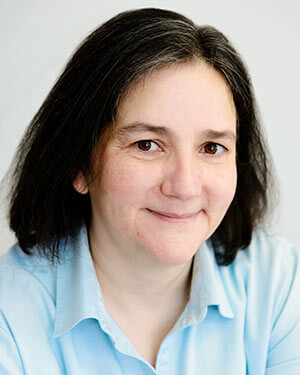 Marie Houzeau is noted for her work in fighting homophobia and prejudice in Québec. She has been the Executive Director of GRIS-Montréal since 2005. This organization demystifies homosexuality and bisexuality and provides referrals to appropriate resources in the gay, lesbian, bisexual and trans-identified community. When she became executive director, she addressed gender parity, and within 10 years the number of women on her team more than tripled.

Not one to rest on her laurels, Marie Houzeau is an open, sensitive woman who constantly works to improve things with a determination and vigour rarely seen.

Before becoming head of GRIS-Montréal, Marie Houzeau honed her listening skills, empathy and humanism as a volunteer. Then, when she took up her position, she brought people together, took measures to facilitate women’s participation and succeeded in building a much more representative team. She was careful to make it ethno-culturally diverse and extended GRIS’s range of intervention to include bisexuality.

Thanks mostly to her excellent work, the organization grew quickly. She steered her team towards developing alliances and common action around shared goals. This is what makes her a key leader in her community.

Marie Houzeau is concerned with finding new, younger people to eventually take her and her team’s place. That’s why at GRIS, and throughout her career, she has supervised many interns, who have learned from her humanity, patience and empathy. She was also in charge of a publication called “L’art de la discussion structurée : 100 applications concrètes pour une nouvelle génération de leaders” (The Art of Structured Discussion: 100 Concrete Applications for a New Generation of Leaders). Marie Houzeau is always looking to recruit and empower women and young people by putting her belief in empowerment into practice, and as a result sixty per cent of GRIS-Montréal’s board members are under the age of 35.

Before being a volunteer and then executive director of GRIS, she collaborated with a number of women’s religious congregations by organizing training sessions in leadership and project management, and by introducing rigorous strategic planning in those communities. Her knowledge, talents and commitment aren’t confined to Québec society as she has given international cooperation workers training in leadership and egalitarian relationships in Benin, Honduras and Algeria.

Since becoming involved in the LGTB community, Marie Houzeau has been regularly invited to give talks at conferences in Québec and abroad. Over the years, she has become an important resource person for that community as well as for school boards, organizations and government bodies. This year she received the Medal of the National Assembly of Québec for her exceptional social contribution in fighting homophobia and defending the rights of LGBT community members. She is a woman committed to an egalitarian, inclusive world!