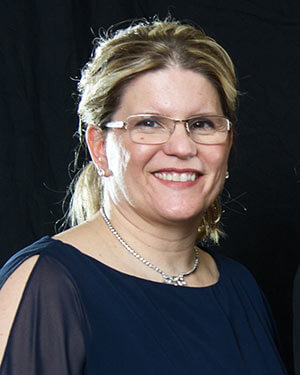 In For the Long Haul

This feisty former international level athlete was noted for her determination and tenacity throughout her sports career. Manon Simard later showed the same drive as manager of the biggest French-speaking university sports program in North America. With endurance and constant effort, she worked to bring about a balance in the number of female and male athletes. Today she is the Director of the Excellence in Sports Program at the Université de Montréal, and head of development for the Carabins athletic teams since their revival in 1995, a little more than 20 years ago.

In 1994, Manon Simard ended her career as a member of the Carabins and of the Canadian national swim team, at the very moment the Université de Montréal announced it was discontinuing its sports program. Then aged 26, Manon Simard was looking for—and found—a new challenge: to revive excellence in sports at
her university. The Fondation de l’athlète d’excellence du Québec threw its support behind her cause and so she became the first former scholarship recipient to sit on its board.

A long, patient and strategic battle ensued. The first years were very hard and Manon Simard had to show her fighting spirit, but it paid off and she even won a referendum held within the university in favour of developing and promoting excellence in sports. By volunteering at the Université de Montréal, she was able
to convince the administration to revive excellence in sports.

In 1995, when she agreed to coordinate the Carabins’ activities at the CEPSUM, she received a paltry budget of $50,000. The program subsequently made spectacular progress; the highly visible Carabins football team made its debut in 2002, and won the Vanier Cup in 2014, the trophy of the Canadian champions.
Driven by a vision of bringing people together, this student athlete, after earning a Master’s degree in human resources management, went on to become the manager who reinstated the multidisciplinary program that enjoys great prestige today. Thanks to her expertise and credibility, she has attracted outstanding coaches to the program. Together, they have developed one of the most respected university sports programs in the country.

Under Manon Simard’s guidance, the Carabins student-athletes of the Université de Montréal pursue their twofold academic/sports program, which is now more than 20 years old. Initially the athletes numbered fewer than 50. Since then, thousands have passed through the program and today the Carabins number 23
sports teams and close to 490 high performance athletes.

A woman with leadership qualities who evolved in a mostly male environment, Manon Simard has gained the trust of her peers while ensuring opportunities for female student-athletes. Of particular note is the creation of the Carabins women’s hockey team, already two-time champions in their seven years of existence. The only French university training facility in Quebec, the Carabins allow female hockey players the opportunity to study in French while playing their sport at the highest level.

Thanks to the program set up by Manon Simard, more student-athletes both here and elsewhere pursue their chosen path while receiving strong support. After all the medals and championships, former Carabins go on to become leaders in different fields and play an active role in society. This is, without a doubt, one of the greatest contributions by a woman with a far-reaching vision, who was rewarded by her tenacity.