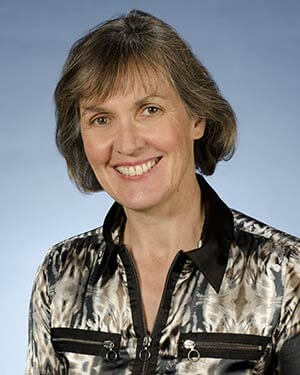 Internationally recognized clinician and scientist Dr. Louise Pilote is undeniably an outstanding and compassionate woman. Professor of Medicine at McGill University, Director of the Division of Internal Medicine at the McGill University Health Centre, she has contributed to research with significant outcomes in targeting and fighting cardiovascular disease, especially in women.

Dr. Pilote has a positive influence on the medical and scientific community at McGill and on all who come into contact with her. Every day she inspires people as a scientist and professor, particularly because of the innovative approach to her research in sex and gender determinants of cardiovascular disease.

Ten years ago, Louise Pilote put together the first multi-disciplinary team of 50 Canadian researchers from across the country to study the differences between men and women in determinants of cardiovascular disease. A pioneer in this kind of research, she found links between the disease and poverty and low income—social phenomena that affect a larger proportion of women and whose effects on cardiovascular health are rarely studied. The amalgam of findings from this
network led to a unique project looking at the differences between young men and women who had a heart attack. This pan-Canadian study, which Dr. Pilote led with brio, brought awareness of differences in heart disease among the young population, an understudied population.

Also, as a co-founder of a research network studying the safety and effectiveness of medications, the Canadian Network for Advanced Interdisciplinary Methods (CAN-AIM), she has directed a number of studies on drugs and devices used in cardiovascular disease to see whether they are equally effective in women and men. Dr. Pilote’s work has clarified facts about heart disease in women and brought awareness and knowledge to health care workers and to all women in society.

Thanks to her leadership skills, her highly efficient lab maintains a high standard in her field. She presents papers on her innovative research and conducts internationally recognized training sessions. She also shares her knowledge with the community at large. In 2010 she gave a talk about her research on women and cardiovascular disease at the Café scientifique of the Women’s Y of Montréal. Some of her findings have been reported by national media such as The National Post, The Globe and Mail and CTV, and by CNN and the BBC. The Heart and Stroke Foundation of Canada officially recognized her as a key stakeholder for her crucial role in furthering knowledge about cardiovascular disease.

Dr. Pilote advises her graduate students and others to strike a healthy balance between their personal and professional life. She encourages her women students to pursue their career choice and their research, and to develop to their full potential. Armed with her teachings, many of her students have won Excellence Awards from the Fonds de recherche en santé du Québec and other prizes for postdoctoral fellows awarded by the Canadian Institutes of Health Research. To mention just two of her many distinctions, Dr. Pilote has also won awards from both the above mentioned organizations: from the former as national researcher and from the latter for her outstanding career.

Helping to improve the health of women has been Dr. Louise Pilote’s mission, and she accomplishes it day after day through her commitment to innovation in her field. a greater place for women in our institutions in Québec.