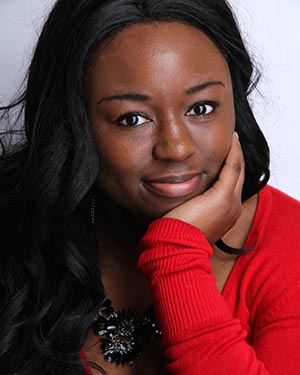 Committed to Sharing her Life Experience

Kharoll-Ann Souffrant is one of those combative young women who are few and far between. Since the age of 12, she has taken on causes such as the prevention of sexual violence and mental health. Her life has not been an easy road.

An inspiration to those around her, Kharoll-Ann has developed an understanding of others by understanding herself first and realizing that people are experts where their own lives are concerned. As a committed feminist who believes in inclusiveness, her convictions spring from her own life experience. She tries to affect social perceptions and bring about changes in the management of mental health problems and sexual assault. Her commitment is a great source of inspiration for those who know her because she is never deterred by obstacles. When faced with a problem, she works steadfastly to overcome it until she reaches her goal.

Bipolar disorder manifested itself in childhood, and Kharoll-Ann Souffrant was forced to deal with adversity early on. She was bullied at school and her parents divorced, leaving her with the challenge of living in a single-parent household. But that didn’t stop her from persevering—far from it.

Five years after being diagnosed in 2015 at age 22, she appeared on stage at the Périscope Theatre in Québec City to take part in the TEDx Québec talks on overcoming mental health problems. Her memorable speech was imbued with hope as she described her own experience and mentioned existing resources.

Sponsored by the CALACS Agression Estrie and Québec Solidaire MNA Manon Massé, Kharoll-Ann Souffrant started a petition in the summer of 2015 called “Alcool n’est pas égale à consentement” (Alcohol doesn’t mean consent). With over 1000 signatures, it reached the ears of Québec National Assembly members and was delivered to the Status of Women Secretariat. It raised the question of non-consensual sex under theinfluence of alcohol and asked the government to include it in our legislation. The petition caught the media’s interest and gave rise to many discussions.

In 2015, Kharoll-Ann Souffrant sat on the organizing committee of the day of action against sexual violence against women. With some 40 other women, she signed an open letter to the media denouncing sexism directed at women on the Internet.

Today she is a social work student at McGill University. She co-administers a blog called “Je suis féministe” that currently has over 7000 “Likes” on Facebook and is read around the world. Recently she was chosen from among over 820 candidates to join a delegation of 199 young people from across the country to attend the Jack.org Summit. Held in Toronto in March 2016, the event focused on the questions of eroding the stigma attached to mental illness and promoting inclusion. As a volunteer, she now writes regularly for McGill’s Délit francophone, ensuring an editorial space for feminist issues in the University’s publications.

There is always a reason for a given behaviour. According to Kharoll-Ann Souffrant, understanding that reason is the key to having an impact on society as a woman.