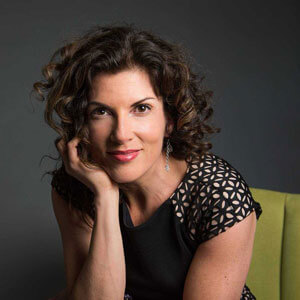 A little girl who dreamed big

A native of Joliette, Karine Champagne is a captivating and inspiring woman in many ways. She was already dreaming big at a young age, completing an “Ironman” race at just 9 years old. As a teenager, Karine wanted to become a director and television host on TVA, just like Sophie Thibault. She admired Sophie’s confidence, her ease in front of the camera and her ability to communicate information.

Karine Champagne began her career at the age of 20 when she moved to Abitibi to work as a journalist and news anchor at a local television station. From 1994 to 2015, she held various positions at the TVA station in Québec City. In 1996, she covered a series of floods that hit the Saguenay-Lac-Saint-Jean, Côte-Nord and Charlevoix regions, which took the lives of 10 people and caused $ 1.5 billion in damages.

Her career takes off

After the birth of her first child, Karine’s career took off. She traveled across Canada for Via TVA and then settled in Montreal where she participated in various news programs. In 2003, she became news anchor for TVA weekend on Saturdays and Sundays and in 2005, she left her job to have her second child.

Returning from maternity leave in August 2006, Karine Champagne made her comeback with a series of events that set her on the path to her greatest success as a TV host. First, she took on the challenge of getting up early every day of the week for five years to host the LCN Morning show. Then, in 2011, she published the book Les phrases mémorables de nos enfants, les perles des bouts de choux with Sébastien Lévesque.

After the fall, a long recovery

The lack of sleep, the uncertainties of everyday life and the stress caused by her workload exhausted her to the point where one day she found herself at her doctor’s office with a diagnosis of depression. She had hit rock bottom and had convinced herself that she was physically not psychologically ill. Karine then decided to take a 6-month leave of absence from her job, during which time she worked on restoring her mental health.

Once she had recovered from her depression, Karine Champagne returned to work as anchor for TVA sports L’Esprit d’équipe. Following her doctor’s recommendation, she began to do physical activity which helped her gradually rebuild her strength and stamina. At the same time, she became interested in personal development and began to read and follow online training courses about self-knowledge, a subject for which she discovered a real passion.

During the next seven years, Karine Champagne rebuilt herself, pushed her limits and became stronger than ever before. Every day, Karine thanks life for sending her the painful and challenging event that allowed her to discover her true self.

A change of course towards a life of mutual support

One of Karine Champagne’s biggest challenges was leaving TVA and plunging into the unknown. No longer motivated and unhappy at work, she courageously embarked on a great adventure of mutual support and community involvement.

The physical activity she employed to get out of her depression became more than a cure. Sport became a philosophy of life where she found her vision to inspire women to run. She began as a spokesperson for a sports challenge in Quebec City, and then set herself the goal of climbing Kilimanjaro, the highest mountain in Africa. In order to raise funds to meet this goal, she decided to organize a 5 km race with 50 women. From this initiative Karine et ses Mères-Veilleures was born.

Karine Champagne also created a Facebook platform where women from all walks of life can find support and motivation to train. Her program “Become the Rock Star of your life” not only relates to sport, it also aims to help women develop themselves in all spheres of their lives, both professional and personal. With kindness and love, she enlightens women so that they can learn about themselves, recognize who they are and progress. As Karine puts it so well “To be a rock star is to be well-anchored and have your head in the stars so you can become a fabulous link between heaven and earth.”

Karine Champagne also wants to break the silence surrounding depression. Through her many conferences, coaching programs and videos published online, Karine supports and inspires women to overcome depression through sport, a mission that fuels her own life. Her women’s support group on Facebook, Les Mères-veilleuses, started with 50 members and today, after five years, has a community of more than 35,000 subscribers.

Karine Champagne believes that it’s never too late to make changes in your own life. Through constant small actions such as moving, meditating, reading and staying in the present moment, women can develop healthy life habits becoming better version of themselves by improving their self-perception, confidence and self-esteem.

From spark to action

Apart from writing a book, Karine Champagne’s main goal in life is to live in the present moment at all times. Energetic, spontaneous, intuitive and connected, she admires the courage of all those who make 180 degree turns, whether to start an entrepreneurial project or begin physical training after leading a sedentary life. She inspires everyone by her journey and encourages them to create change in their own lives.

From a sedentary life, Karine Champagne qualified for the world triathlon championships, climbed the highest peak in Africa and completed an Ironman at the age of 41. She never disappointed her 9-year-old self who dreamed big. 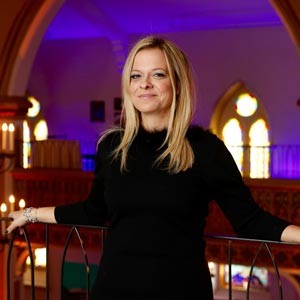