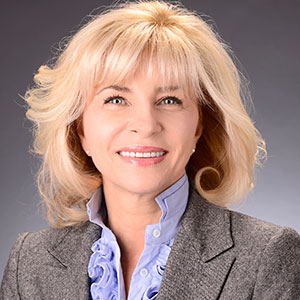 Recent years have seen a significant increase in chronic diseases. According to the World Health Organization, these long-term conditions are responsible for 63% of deaths and are the leading cause of death worldwide.

In many cases, the news of a chronic illness can be overwhelming. Learning to live with it is quite another reality. We can only imagine the day-to-day demands of the multiple treatments that these people have to live with over many years.

José Côté, a researcher and professor in the Faculty of Nursing at the Université de Montréal, has created a new approach to nursing care to improve the quality of life of people living with chronic diseases such as HIV-AIDS, kidney failure and epilepsy. A pioneer in nursing eHealth, José is at the originator of the concept TAVIE™ – for Treatment, Virtual Nurse Assistance and Teaching – which she has been testing and validating for nearly 15 years in collaboration with numerous patients who, on a daily basis, must deal with taking complex medications and managing their symptoms.

The fight against HIV/AIDS in the 1980s was a catalyst for José. Having treated patients and seen the ravages of this disease, and having witnessed the complexity, demands and rigour of the treatments, she committed her time and expertise to the cause. José’s goal was to support patients in the management of their chronic health condition wherever and whenever they needed it. José’s vision of a virtual nurse now allows many patients to receive quality education, personalized according to their condition, in complete security and confidentiality. With the help of short video clips, pictorial narratives and memory aids, the virtual nurse guides them in the development of their motivational skills, self-observation, problem solving, emotional regulation and social skills.

These personalized intervention programs, aimed at promoting the well-being and quality of life of people with chronic diseases, are characterized by their flexibility, their personalized psycho-educational character and their impact on empowering both adherence to and monitoring of treatment. Since the creation in 2007 of the first virtual intervention called VIH-TAVIE™, ten other TAVIE™ interventions have been designed, several of which have won awards and four of which are already being implemented in Montreal (CHUM and CHU Sainte-Justine). In addition, a mobile application of HIV-TAVIE™ is being tested in a clinic in the United States.

Worldwide, TAVIE™ is one of the first clinically validated Virtual Nurse interventions. The various programs are complementary to those offered in the health network and are based on a participatory philosophy where people are considered experts in their particular situation and needs. Patients who have participated in TAVIE™ have welcomed the proposed strategies and recognize the benefits associated with better self-management of their health condition.

José Côté’s commitment and devotion, particularly towards people living with HIV, is also reflected in her volunteer activities with various organizations such as la Maison d’Hérelle (housing and social inclusion for people living with HIV). Involved in the global movement launched by the United Nations (UNAIDS) in 2014, which aims for the global eradication of the AIDS epidemic by 2030, she has been a member of the Coordinating Committee of “Montreal Without AIDS” since 2018.

A leader in eHealth nursing practices and a source of inspiration in her field, José Côté has paved the way for change in traditional modes of care delivery by proposing means of assistance that complement current services. Her contribution has been recognized by her peers, including the Prix Florence from the Ordre des infirmières et infirmiers du Québec, an award that attests to the scientific quality of her work. In addition, many students and researchers around the world, notably in Brazil, France and Switzerland, are inspired by her research to develop new support interventions for vulnerable people.

Highly appreciated for her scientific rigour, her sense of ethics, her avant-garde spirit, her undeniable leadership, the great respect she has for individuals, her openness to others, her ability to value her collaborators, her perseverance, her dynamism and her creativity, José contributes to the emergence of innovative practices for the well-being of people living with chronic diseases. She is revolutionizing clinical practices and changing the world, in her own way, one virtual support intervention program at a time.