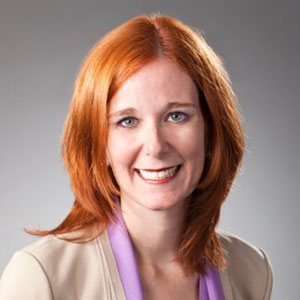 Respect, transparency, authenticity and honesty, these are the values that live in geneviève bich, Woman of distinction Business and Entrepreneurship.

As vice president, Human Resources at METRO, Geneviève has been successfully orchestrating the development and implementation of a vast talent management program for more than six years. The overall objective of this program is to give each employee the means to develop his or her full potential through numerous initiatives, as well as to contribute to the emergence of a solid succession plan. For example, the METRO & Elles program, implemented under her aegis in 2015, provides a host of initiatives aimed at the advancement of women. For its part, the LEAD program offers numerous training programs accessible to all employees, focusing on leadership, excellence, action and development.

Currently, she and her team are contributing to one of the largest human resources operations in Quebec, that of integrating the Jean Coutu Group within METRO, involving nearly 90,000 of her colleagues.

Throughout her career, Geneviève has been immersed in organizational environments in the midst of change. Her vision has always been to make change a springboard for companies and employees, ensuring that they have the necessary tools and opportunities, and evolve in a humane culture where integrity and honesty are the rule. This is her winning formula for building a culture that inspires commitment and loyalty.

geneviève’s mission is to move people forward, convinced that this is how organizations also advance. Thus, she is committed to supporting the achievements and innovations of the members of her teams to enable them to implement their creativity and vision, thereby supporting their development.

“It’s the humanity in everyone that thrills me,” she says. She has been involved in the community since the age of 25, including serving on boards of directors. For example, from 2010 to 2019, she sat on the Board of Directors of Collège de Bois-de-Boulogne and on the Treasury Board Human Resources Management Exchange Table. Since 2015, she has also sat on the Board of Directors of Hydro-Québec, as a member and chair of the Human Resources Committee.

The promotion of minorities, the advancement of women, and the establishment of a culture and programs that give everyone the opportunity to fulfill themselves are the common denominator of her efforts.

geneviève is not like other leaders. She is a realistic, down-to-earth, open-minded woman, concerned about aligning the needs of the organization with the future and the development of the people who inhabit it. For her, “the human being, in addition to being essential, is the most powerful lever available to an organization… A company is above all a group of people,” she says. “If they are competent, motivated and work together, there are no limits”.