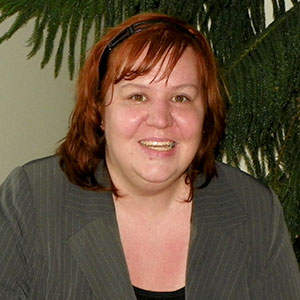 It was in 2000 that Caroline Martel experienced, for the first time, the social reintegration program of the Residence of the YWCA Montreal. She had just been diagnosed with a mental health disorder for the first time. Her life takes an unexpected turn and she has to face the unknown. She ended up abandoning her studies in computer graphics and struggling to accept this new reality. Caroline decides to leave the Residence and share an apartment with another participant, an experience that will prove to be a failure. She has difficulty living with her illness and withdraws into herself.

In 2003, Caroline’s mother came to the YWCA to talk to her social counsellor and ask for advice, because her daughter was getting worse and worse. Soon after, Caroline was hospitalized and diagnosed with paranoid schizophrenia. For the latter, it is a relief, because she finally knows what she is suffering from. With medication, the symptoms improve but do not go away completely. She must learn to live with her illness and deal with the judgment of others. As with many people living with mental illness, the negative impact of judging others is the sense of isolation these people experience.

Following her hospitalization, Caroline will live in a foster home for people living with mental health problems. After a few months and determined to develop her autonomy, Caroline called on the support of the YWCA Montreal. It was in 2004 that she returned to the Residence, motivated by the desire to learn to live with her illness and to develop her daily skills. At the YWCA, she finds the support she needs to get her life back together and learn to trust others. She even decides to volunteer. Little by little, life resumes its course.

In 2005, she moved to the Jardins du Y des femmes, an affordable housing project with community support. In 2008, Caroline faced a difficult event, her mother, with whom she was very close, was diagnosed with terminal cancer. Before dying, her mother confides in her that she was relieved to know that she was at the Jardins du Y des femmes, well surrounded and safe. These encouraging words helped Caroline get through this ordeal and she came out stronger.

The years pass and Caroline increases her self-confidence and begins a job reintegration program with Accès-Cible. She continues to participate in the activities offered by the Housing services and relies on the support of her social counsellor if necessary. She contributes in her own way to society by continuing to volunteer. Those who knew her will tell you of Caroline that she inspired others with her kindness, courage, determination and generous heart. Although she is no longer with us, we keep the memory of a person who has never ceased to persevere to give herself a future that is on a par with her dreams, despite the ups and downs of the life she has known. 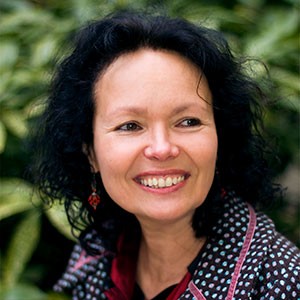